Sabre has found a construction partner in Dell Seton Medical Center, the new teaching hospital at The University of Texas at Austin, located in the heart of Austin’s medical district at 1500 Red River Street. The 517K SF facility aims to help train and attract the next generation of talented doctors to the region and elevate the standard of medical education, treatment and research in Central Texas communities.

Since the 211-bed DSMCUT opened their doors in June 2017, the Sabre Healthcare Team has been a fixture on site, completing over a dozen miscellaneous interior projects in and around the hospital. On the strength of our past work for the Seton Healthcare Network and Dell Children’s Medical Center, we forged connections early in the process and made ourselves available for whatever work was needed in the early stages.

“We ended up doing 13 projects in all,” said Healthcare Project Manager Jarrod Cady. “This included the finish out of shell space to create a Bronchoscopy Suite, the installation of a 42,000 CFM exhaust fan, and upgrading the electrical and plumbing systems of the testing lab, among other tasks. Our number one priority was to provide truly outstanding customer service, paying strict attention to the well-being of patients and personnel along the way.” Cady is currently overseeing a major Obstetrics expansion at Seton Medical Center Hays.

Sabre was recently awarded a multi-million-dollar contract to finish out the fourth floor shell space of the Dell Seton Medical Center at UT. The Healthcare Team for the job, which started in September, features Project Manager Dan Bradley, Project Engineer Allyssa Taylor and Superintendents Brad Hatton and Lance Hipps. Lance helped bring a sense of continuity to the new project, since he served as one of the superintendents for the above mentioned miscellaneous interior work.

“The team really did an outstanding job on our initial work with Dell Seton, building confidence and trust with the hospital staff, which paved the way for more substantial work,”said Troy Lee, Sabre’s Healthcare Project Executive. “And of course we have a long history with Ascension, Seton’s parent company, at many different hospitals and clinics in and around the Austin Metro Area. The project is a great opportunity for us to further solidify our status as a preferred provider for Ascension and the local Medxcel team.” 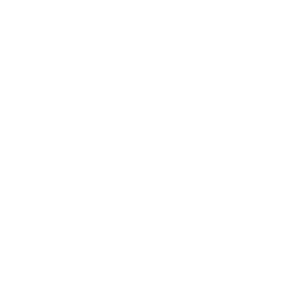