The Aggie 100 List is an award that recognizes the 100 fastest growing Aggie owned or Aggie operated businesses in the world. 2016 is the 12th year of the award.

To be considered for the award, the company must have been in business for four five or more years and have verifiable revenues of $250,000 of more for the calendar year. Other factors include the Aggie Leadership of the firm as well as the Company Character.

This is the third time in four years that Sabre has been honored with the award. To read more about the award, see the Aggie 100 Website.

To see other Austin companies that made the list, see the Austin Business Journal write-up. 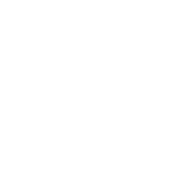